Gawad Metronian Educational Foundation, Inc. [GMEFI] was officially introduced to the general public, and to more members of the Deaf community during its Benefit Film Screening held last August 25, 2017 at the UP Film Center in Diliman, Quezon City. PULE: Utak ng Rebolusyon is a documentary about a Filipino hero with disability, popularly known in the Philippines as The Sublime Paralytic and the Brains of the Revolution. The film was participated in by Deaf students, a man paralyzed by Guillain-Barre Syndrome and a person with autism. Persons with Disabilities are beneficiaries of GMEFI who currently supports a Deaf scholar, two Blind students and 10 crippled children.

Below are photos taken through the eyes of the former Philippine Federation of the Deaf President, Rey Alfred Lee. Last year, he was one of the facilitators of the PFD project implemented under the Educational Community Fund Assistance Program of GMEFI. 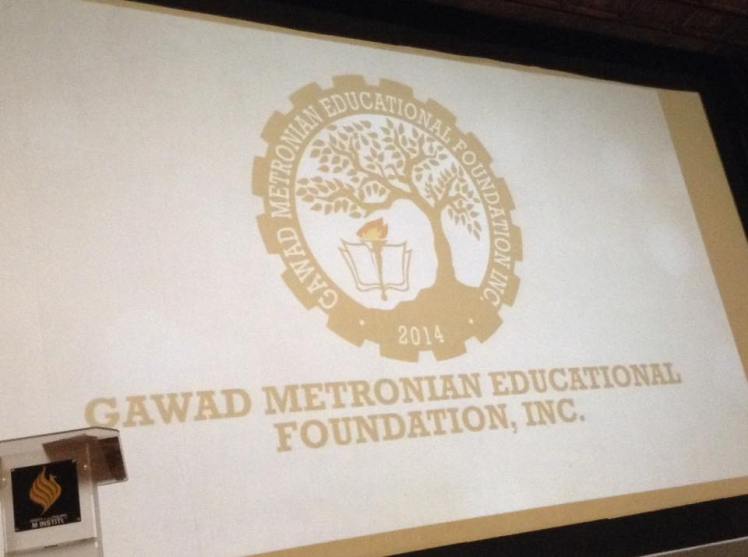 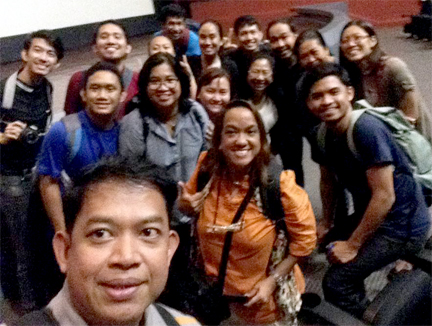 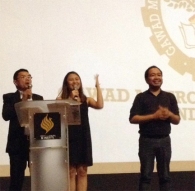 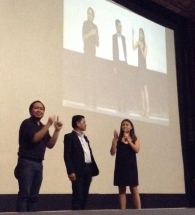 John interprets in FSL for Lowe of UPSEC 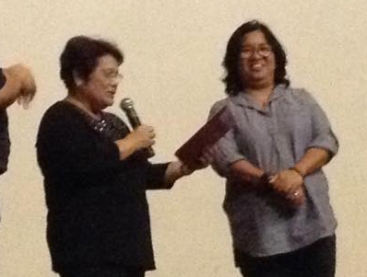 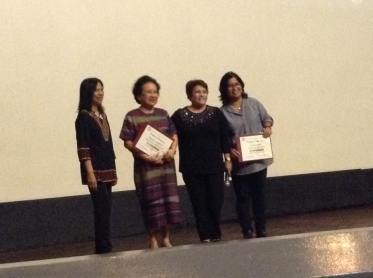 How the Deaf Claps

Rey with Cath Genovia and JM